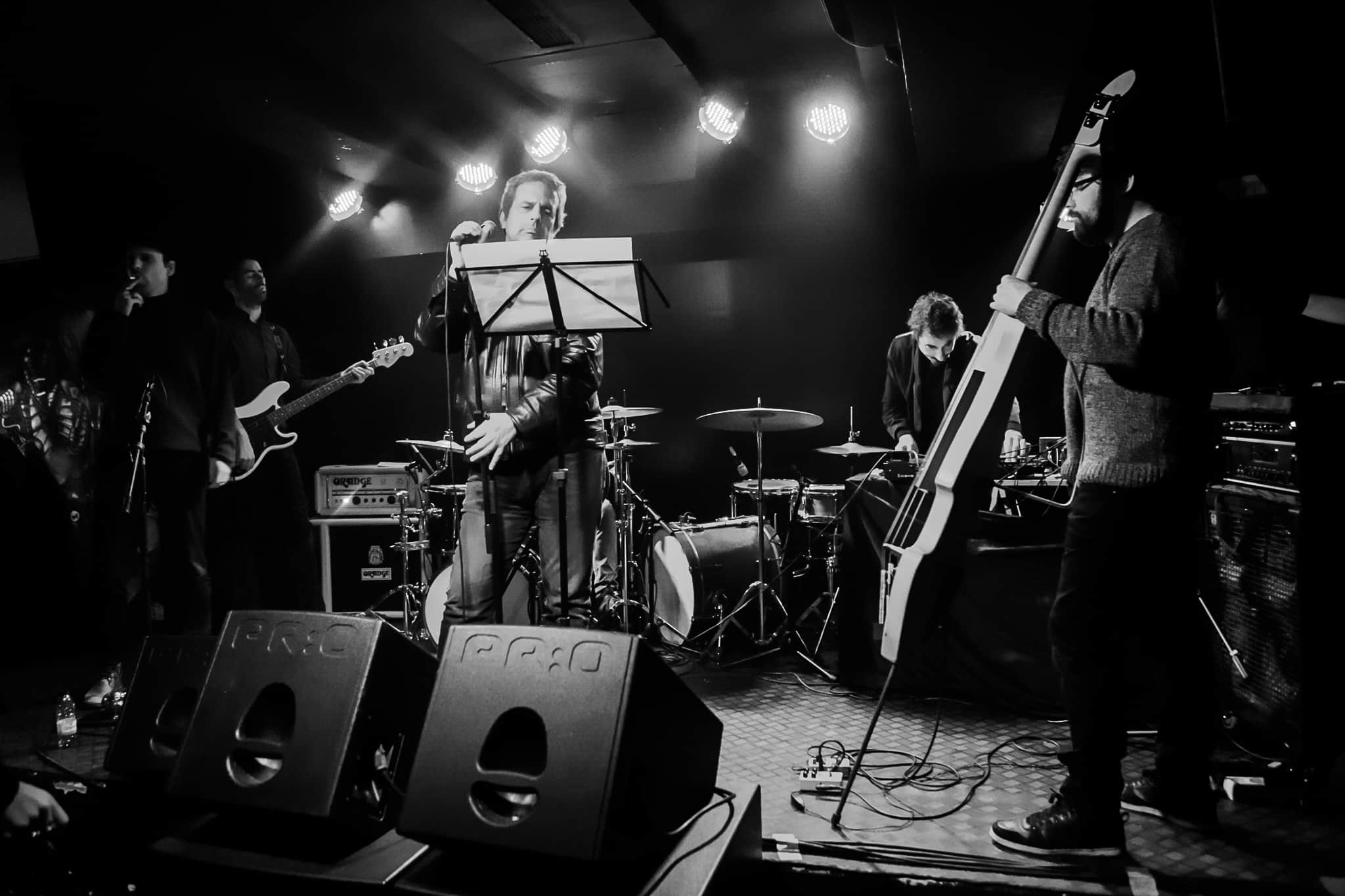 Mécanosphère is a transnational artistic collective of music and performance founded in Paris by French musician / artist / writer Benjamin Brejon. After an erratic start, the collective gained momentum in 1998 from the meeting of Benjamin Brejon with Adolfo Luxúria Canibal, whose collaboration resulted in the first concerts and a mini-album, “Lobo Mau”, published in 2001, still with Sam Dournal (electronics) and Sébastien Fauveau (guitar) in the formation and participation of saxophonist Florent Dupuit. But it was only after Benjamin Brejon's relocation to Lisbon that the story of Mécanosphère truly begins, first only with the two - Benjamin Brejon and Adolfo Luxúria Canibal, who edited “Mécanosphère” in 2003 -, then adding, in a mutable formation by definition, musicians of diverse origins, such as the American percussionist Scott Nydegger or the saxophonist of Stooges, Steve Mackay, and also, among others, several instrumentalists in the experimental scene of Porto (Gustavo Costa, Henrique Fernandes or Jonathan Uliel Saldanha). During this period, following albums were recorded - “Bailarina” in 2004, with Le Pilote Rouge (drums) and Scott Nydegger (electronics) in training, and “Limb Shop” in 2006, with them and Henrique Fernandes (bass) and Steve Mackay.

After this first phase of intense work in a more orthodox "band" format, in the studio and performing live, Mécanosphère expands his activity towards a multidisciplinary and intermediate approach focused on more openly artistic, theoretical and literary projects. In 2007, they organized, in collaboration with Ewen Chardronnet, the “Sputnik Day” event, dedicated to the celebration of the 50th anniversary of the first flight of the Sputnik satellite. In 2009 Mécanosphère co-curated the “Kenneth Anger Cycle”, dedicated to seminal underground filmmaker Kenneth Anger, which included a collaboration with British vocalist Mark Stewart (Pop Group, Mark Stewart & The Maffia).

After a suspension of almost ten years, Mécanosphère appears in 2015 with a new album, “Scorpio”, and a remodeled line-up that included, in addition to founders Benjamin Brejon and Adolfo Luxúria Canibal, André Coelho (electronics, ex-Sektor 304) , Manuel João Neto (saxophone) Henrique Fernandes, João Pais Filipe and Rui Leal, including collaboration of American artist Gregory Whitehead and German vocalist/artist Annina Dupuis. It was with this formation that they performed at the Reverence festival in September 2016, in a performance that was once again defined as cathartic, corrosive, musically very rich and mentally disturbing.

Mécanosphère's idiosyncratic aesthetic, based on a combination of hip-hop and dub, dirty, rugged and transgenic, on a collision course with industrial free-jazz, brutalist noise, chaos rock, iconoclastic electroacoustic experimentalism and sound poetry performance, is evocative of influence of authors such as JG Ballard, Gilles Deleuze, Bernard Stiegler, William S. Burroughs or Velimir Khlebnikov, both in terms of method and the conceptual topics of his music. Mécanosphère is a kind of post-digital fury, with a violent and militant organic sensibility that works in the tense DIY of the interaction of several batteries, percussions and electronics, white noise, "vintage" analog machines and live looping, in a permanent sonic combat, intruded by multilingual spoken word of Dadaist collages and obscure literary texts.