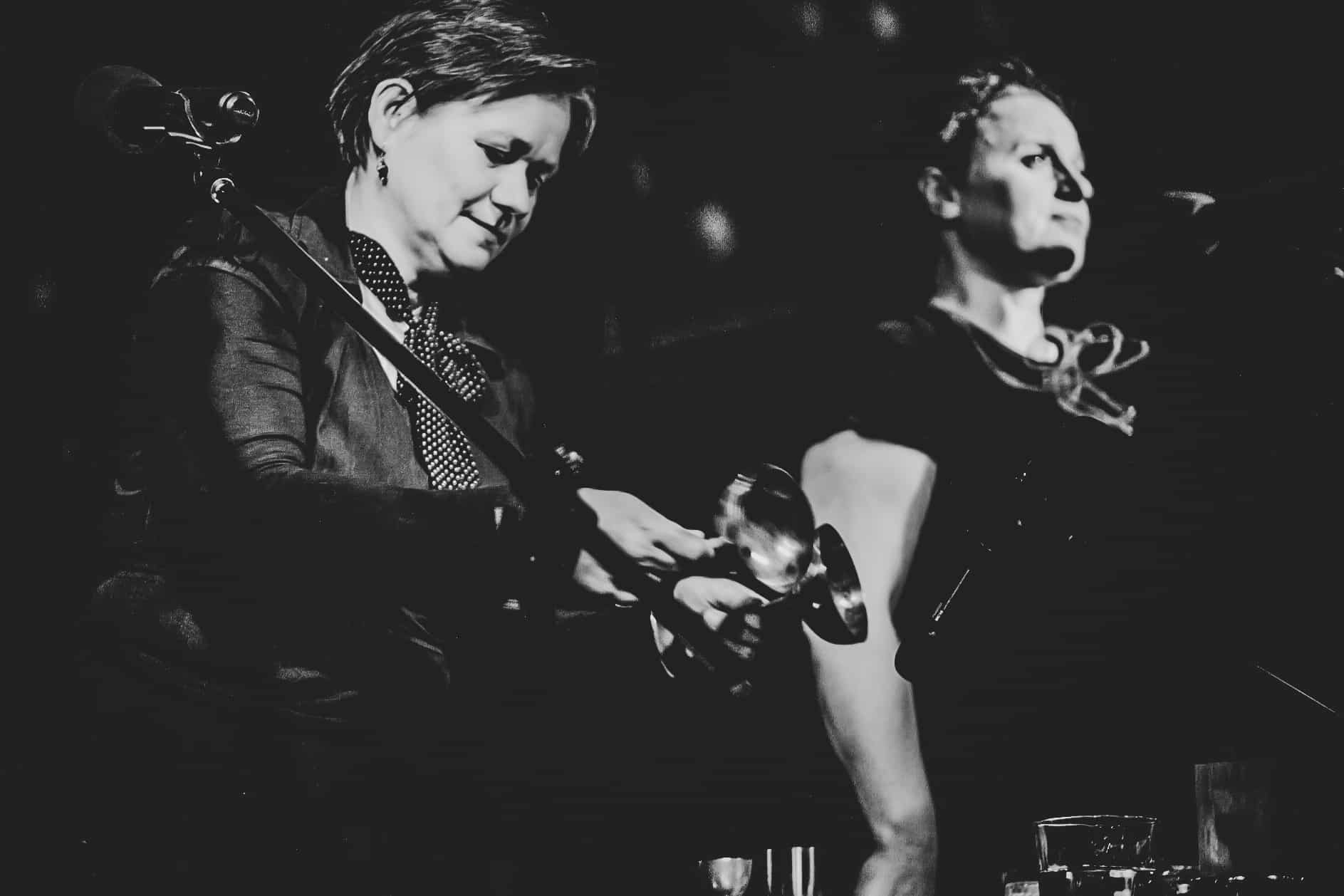 "Avant-folk", "ethno-psychedelic minimal", and even "post-Komeda-jazz" - there are just a few examples of how was described the stylistics of Księżyc (The Moon) – a music group founded in the early 90s of the last century and reactivated in 2014. The band has its origins in the Poga Theater. The theatrical group operating in 1985-1988 at the Riviera-Remont club in Warsaw referred in their performing practices to Jerzy Grotowski’s "Theatre of Sources", as well as to anthropological experiments by the Centre for Theatre Practices “Gardzienice”, especially those concerning their methods of work with the actor’s voice and body, which tapped into folklore, rituals and, most importantly, music. The subsequent concerts of Księżyc were also performed in the spirit of theatrical events. Thanks to these musical performances, quaintly fleeting shows, Księżyc – being the result of a specific transformation of the theatre group into a musical group – was noted in the history of Polish performance arts in years 1989-1995 as a distinct phenomenon. To this day, the theatrical-performative element is vividly present during the band's gigs.

The lyrics of the songs (in great majority written by Remigiusz Hanaj) are a journey into the world of dark fairy tales, surrealistic visions and black humour. They often refer to various aspects of the Moon symbolism such as transformation, cyclicality, birth and death, feminine and masculine elements, magnetism, intuition and passive fertility.

Księżyc / The Moon was formed in stages. In the first one (from 1990) the core of the band was a female vocal trio (Agata Harz, Katarzyna Smoluk and Olga Nakonieczna), who found inspiration in Slavic folk music. Soon Lechosław Polak and Remigiusz Hanaj joined to support the trio. The Special Award and the Journalists’ Award at the Student Song Festival in Krakow in 1991 turned out to be the first fruit of this cooperation. After Olga had left the group it was Robert Niziński who "landed on the Moon" (1992). In such a line-up (with Remigiusz Hanaj until 1994), the band gave concerts for the next years, until 1996. This period in the history of the group was summarized by two albums released by OBUH Records: Nów (EP/single, 1993) and Księżyc (LP, 1996). Self-titled album Księżyc was re-released on the British market owing to Penultimate Press in 2013.

After nearly two decades, in 2014, the group began to perform anew. The first concert after the reactivation took place in St. Catherine’s church at the UNSOUND Festival in Krakow. What’s more, an old archival recording of Anioł song appeared on the festival compilation CD “Dream” released by UNSOUND in cooperation with WIRE magazine. From that moment on, the Moon has been appearing in various places and circumstances.

The second album in the history of the group was recorded (with a guest appearance of Paweł Romańczuk) in May 2015. Once again, London based Penultimate Press was the publisher of this completely new material. The Rabbit Eclipse album had its English premiere in November 2015 during the hcmf // - Huddersfield Contemporary Music Festival.